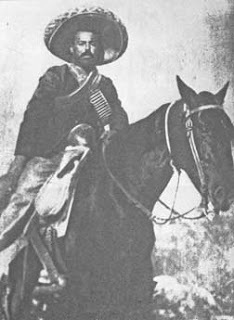 Villa rides! He is Francisco "Pancho" Villa, the enduring brand as the iconic Mexican bandit to most Americans and Mexicans. To Americans, Villa is the quintessential Mexican bandit as characterized in films such as the Treasure of the Sierra Madre, The Professionals, and Blazing Saddles. And to most Mexicans, Villa is a legendary folk hero along the vein of Robin Hood—fighting for not only Mexico's poor and downtrodden, but Mexico herself.

The reality of Villa was that in as much as he really was a bandit, and a ruthless killer, there was another side to his brand that cements his immortal status. Far more than a simple criminal is the amazing revolutionary who passionately fought for a constitutional government against the conspiring dictators like Porfiro Diaz.

To this day, Villa is remembered with immense pride by most Mexicans.  Rightly so, really. An effective leader, he is celebrated for having led the most important military campaigns of Mexico's revolution—and winning most of them. When speaking with Mexicans about Villa, especially those of the northern regions, do not underestimate the respect this brand still commands.


Villa was born circa 1878 as Doroteo Arango in San Juan del Río, Durango. The son of a sharecropper, his life was typical as a Mexican peasant.  He knew all too well the hard life of his class, and that too often peasants were little more than slaves.

Manhood came to Villa at the age of 15 when his father died, leaving him to work in the fields to support his mother and four siblings. Yet within a year, he would be set on the path dominating the rest of his life. Coming in from the fields, Villa found the landowner about to have sex with his 12-year old sister. Some historians record it as rape. Either way, Villa became incensed, grabbed a pistol and shot the offender.

From here, there is a burrito supreme-wide gap in the "official" record for the next 4-years or so. We do know that within this time frame Arango changed his name to Francisco Villa. "Pancho", by the way, is a Spanish nickname for Francisco. And Pancho Villa rolls off the tongue. Of course, the whole idea of a name change was to confuse the law. It was also a major step in repositioning himself from sharecropper to, well, something else entirely.

We do know he worked here and there as a miner, a laborer, even as a wholesale meat-seller. Although the latter is in the official government biography, historians note that it is a metaphor, meaning  that Villa sold stolen cattle. But hey, the prices were wholesale!

Around the turn of the century, Villa discovered bank robbery and added it to his criminal repertoire of cattle rustling and murder. This is about the same time he established himself with a band of bandit followers and dug in somewhere in the sierras. That is, until Villa made his historical transition from bandit to revolutionary in 1910.

Joined by his men, Villa sided with the forces of Francisco Madero. Apart from how we perceive the man, Villa was reportedly very charismatic—at least enough to ably recruit an army of thousands, including American mercenaries.

Unfortunately for Villa, he was on the losing side of the revolution. Although Madero enjoyed a short-lived victory, he was assassinated. However, Villa so earned the respect and regard of his enemies that he and his forces were permitted to remain intact. Based in Chihuahua, Villa ruled over northern Mexico like a medieval warlord. He financed his army by stealing from the endless cattle herds in northern Mexico and selling them north of the border. Sometimes the sale was outright cash, other times Villa found willing American merchants to trade for guns and ammunition.

Perhaps out of the caricature of bandits, but worthy of note, is that Villa did not drink. He did love to dance and had an affinity for the ladies. In fact, he supposedly married 26 times. And here is something else out of mold. Villa was an avid swimmer and would run to stay in shape.  Huh, go figure.

Even though Madero was gone, and there were interim presidents/dictators, the revolution kept on. And as these things often go, a split formed among the revolutionary leaders. The result meant that Villa squared off against former allies, sort of, Obregón and Carranza. Of course, and despite that this was an internal affair, the U.S. got in the middle of it ... a couple of times and not on the same side twice. At this point in the mess, the U.S. supported of an opposition presidency. Understandably annoyed, Villa raided a few U.S. border towns, the most famous raid being on Columbus, New Mexico.

Villa's brand in the southwestern U.S. was pretty strong up to this point. But the raids dropped his stock significantly. On the flip side, Mexicans saw Villa as an "avenger" of American oppression. Apparently they'd forgotten Santa Anna.

At any rate, all this led to Villa's eventual defeat. The Mexican government accepted his surrender and, once again, let Villa live. He retired on a general's salary to Canutillo, Durango. The terms of his retirement prevented him from engaging in any politics. However, Villa couldn't help but be Villa. The result was his assassination in 1923. Still, in nearly a century, the bandit's brand lives on. Therefore, submitted for your approval...


Villa was a daring tactician. He won 9 of 13 significant engagements during the revolution. Whether in battle or in negotiation (diplomacy would be too refined for some of the encounters with Villa), Villa knew how to turn the tide in his favor. He was forceful, convincing and successful—the strongest of all metrics.  In modern vernacular:

He came, he saw, he kicked butt! 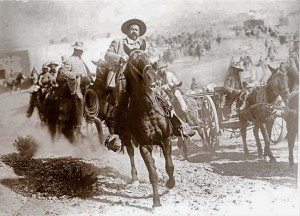 
A lot of Pancho Villa’s fame is due to his flamboyant personality which he deliberately cultivated. He used the budding Hollywood media by appearing as himself in several early movies. This reinforced the popular image of Pancho Villa as a fearless horseman battling the forces of injustice (Can you say Robin Hood or Zorro?).


In reality, Villa's brand personality was unto himself—Villa. And that name said all that was necessary to convey personality, concept, and brand experience. Of course, there was "Viva Villa!" But Villa was enough to encapsulate the entire brand in just two syllables. 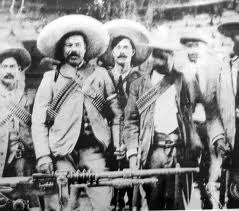 No one put their personal stamp on the American perception of the Mexican bandit more than Villa. And he wholly owned the style. He sported a bushy mustache, the sombrero and the bandolier full of bullets. Moreover, he was an accomplished horseman. He often made sure he was photographed or recorded in movies riding into battle, exhibiting superior equestrian and fighting skills. In fact, he had a nickname beyond Pancho. The Centaur of the North because of his abilities in horsemanship. Not bad, since it also gave a mythical quality to the man.

Villa had a multi-pronged program to incentivize support for his brand. Faced with a stagnant economy, Villa issued his own money; if merchants refused to take it, they risked being shot. Executions, which Villa often ordered on a whim, were usually left to his friend Rodolfo Fierro, so the brutality wasn't directly on Villa himself. On a generous side, and in true Robin Hood style, he broke up vast land holdings of local landowners and parceled them out to the widows and orphans of his fallen soldiers.


Villa was persistent in his pursuit of a constitutional government for Mexico. He was further consistent in his tactics, his reward for service and his punishment for opposition. Yet he understood the benefit of a communications program, too.

At the height of Villa's popularity as a folk hero in the U.S, Hollywood filmmakers and U.S. newspaper photographers were on Villa like paparazzi. They captured his battle exploits, and others, many of which were staged for the benefit of the lens. And therefore, he put the best light on himself to target audiences outside his direct sphere of influence. It helped him gain support––political and financial.


Pancho Villa was the poster child for Mexico's wild side. Rebel, thief, general of the Mexican Revolution, and invader of U.S. territory—Villa was a man as complex as his country, and despite his dark side, you have to have a sneaking admiration for his abilities. The fact that his brand is living long is proof—Viva Villa!