The Most Popular Historical Figures are...

Spartans are beast! At least that’s the word from the stats department here at Brands In History. There is something about the Spartan culture that absolutely keeps them top of mind when it comes to ‘brands in history’ and our collective memory. Although the film 300 didn't hurt.

Should it be a surprise? Not at all. 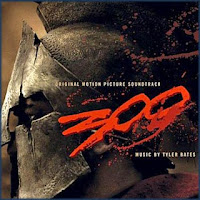 There is so much owed to the Spartans for ensuring the evolution of modern culture. And that comes from their valor at Thermopylae. What a great story: that 300 men led another 3000 against a vast army estimated at somewhere between 500,000 and a million men. In modern times there is little such fortitude—at least not since the Alamo. In doing so they averted the absolute distruction of Athens, whose culture laid the groundwork for what would become western culture. Had it not been for the Spartans, the western world might look very, very different (see It's all Greek to me).


Rounding out the top five are also some surprises from history. The number two position is firmly occupied by Achilles. Granted, little to scant evidence exists that Achilles existed outside of Homer’s Iliad, but that text led to the discovery of Troy—and if there was a fall of Troy, might there not have been an Achilles? The ancients, including Alexander, believed Achilles lived. And scholars still debate the possibility—even if it is over a pint.

Solidly number three is the only woman in the top five, but not the only woman having earned a place with Brands In History. She is Florence Nightingale. Nightingale was an interesting woman of her time—not only founding modern nursing, but few know that she was quite a statistician, or that she never married. Nightingale believed she should devote her life to Godly work.

And then there is the Red Baron. His full name was Baron Manfred von Richthofen and he is the most enduring brand from the First World War. His mark on history is the fact that he alone racked up 80 air combat wins during the war in less than three years. He is still universally regarded as the "Ace of Aces" and studied by aviators.

The takeaway here is that the popularity of these figures reveals what we admire: The heroism of the Spartans, the courage of Achilles, the compassion and intelligence of Nightingale, and the bold cunning and skill of the Red Baron. The other thing it teaches us is that the past is so much more than dates, mummies or dusty artifacts. These were people who often had an acute sense of their public images, and how to mold their personas. They were the first brand experts.
Posted by Falloure at 4:49:00 PM No comments:

As preseason NFL football winds down and the real tests soon begin, we look at some of history's great teams—each one of them united in cause and vision. the term, "teamwork" is defined differently depending on who is writing the definition. But no matter how you slice it, most agree it includes communication, coordination, effort, and most importantly—cohesion. Without some sort of binder, the individual ingredients are free radicals, to use a chemical term.  Yet as any former or serving military will tell you, once a bond is set ... the team is not only tight and effective—it's lethal.

• Spartans are Beast: If you want a lesson in teamwork, then the Spartans should be on the coaching staff. Just 300 Spartans held off Persia's King Xerxes and his massive army for three days. Yeah, there were Greek brethren there too, but they scattered quickly. The Spartans stood their ground and gave the Persians a sound spanking before being overrun.

• Red Tails: These guys are top of the list for Team Brands from World War II. Otherwise known as the Tuskegee Airmen, the all black squadron earned—underscore—earned an impressive service record. Not only did these guys kick Hitler's butt all over the skies of Nazi-occupied Italy, they kicked down the doors of racism within the American Army Air Corps, paving the way for the Civil Rights movement of the 60s. We're talkin' airtight cohesion.

• Eye of the Tiger: One of the wildest Team Brands from World War II, and highly effective to Tojo's chagrin, were the Flying Tigers. These were hard living, fast flying, ruthless-in-the-skies pilots and ground crew that made Japanese think twice. On the ground, in a "relaxed" state, they were the definition of free radicals. But in the air and on a mission, they were a solid steel unit.

• Samurai jacked: These are Japan's ancient warrior class. On arrival to the battlefield, they'd scare the Zen out of their opponents. All samurai lived and died by the Bushido—a code that bound them together in ferocity, devotion to duty and master, and an "all-in" willingness to die in battle. It just makes you want to see a match-up on Deadliest Warrior between 300 samurai and 300 Spartans.
Posted by Falloure at 7:57:00 AM No comments:

If they exceed that expectation, it would only be by making you wait even longer than you thought you were going to wait. Or by treating you even worse than you expected to be treated.

Since the primary purpose of branding is to create a focused expectation, we need to be aware that the brand expectations we generate are often negative. Customers perceive us to be arrogant. Or expensive. Or hard to deal with.

And so it is with many historic figures. Imagine that you have been freshly hired to handle public relations for the famed Chicago mobster Al Capone. (Even though it has been 65 years since his death, many of us still have strong, and negative perceptions of him to this day.)

If Mr. Capone was to suddenly rise from the dead, is there anything we could do to help improve his image?

Well, in hindsight, that Valentine’s Day Massacre thing didn’t go over too well, so we might suggest a less violent way to settle our differences with Bugsy Moran’s top lieutenants. And those messy restaurant scenes when innocent women and children are splattered with submachine gun fire – not easy to put positive spin on that.

Discretion is probably what we’re striving for here, Al. Handle your disagreements in a less noticeable way. Try to stay off the front page if at all possible.

Surprisingly, in Capone’s early years, he tried to gain social respectability by making donations to various charitable organizations, becoming known briefly as a modern day Robin Hood (stealing from the booze runners and giving to the less fortunate). He made “contributions” to many politicians and elected officials, and attended their public functions until it became dangerous for him to do so.

But painting a picture of Al Capone as a public spirited, all-round good guy is probably too much of a reach for most people to accept. There are all those “incidents” to explain.

Maybe we could find a way to make his tough guy image work for him. Like Frank Perdue, for example. “It takes a tough man to make a tender chicken.” Or Dodge Trucks – they’re Ram Tough. We could encourage him to buy some Dodge truck franchises and go on TV as the tough guy spokesperson.

Then whenever one of those little incidents come up, people would just say, “oh, that’s just tough guy Al being a little rambunctious.“ 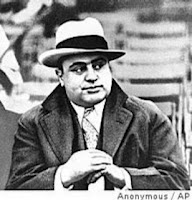 It’s conceivable that Al Capone, if he had been able to soften and shape his image to be a little more socially acceptable and a little less threatening, might not have become the Public Enemy Number One target of Eliot Ness and his Untouchables team. After many years of all-out effort, they never convicted him of any crime you might associate with a vicious mobster of his stature. Tax evasion – that’s what he went down for.

He was so menacing, they threw the book at him and only got a 12-year conviction. Not an extremely long sentence considering Capone’s violent track record. If he had received a more typical sentence, (and not experienced a little syphilis problem in his later life) Capone might have served his prison time and returned to the family business without missing more than a step or two.

Too bad he didn’t have branding experts like us to help him out, huh?

______________
Bob Lamons is CEO of Industribrand, a Houston-based B2B branding and marketing services firm. Bob is a 40-year veteran of business-to-business marketing and a past international chairman of the Business Marketing Association. He is a G.D. Crain, Jr. Award recipient, a member of the Business Marketing Hall of Fame, and author of The Case For B2B Branding, the first branding book for business marketers. He wrote a monthly column on “Advertising To Business” from 1992 to 2007 for Marketing News magazine. Bob is a native of Tulsa, OK and a graduate of the University of Tulsa.
Posted by Falloure at 3:28:00 PM No comments: