D-Day—a Beginning to an End 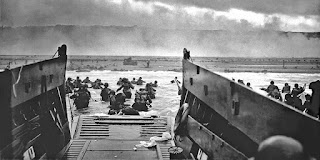 Operation Overlord, otherwise known as D-Day—6 June 1944, marked the beginning of a year long effort to conclude the European theater of World War II. Unless you live under a rock, it's no secret the day was long, bloody, and the hinge of ultimate victory or defeat for both sides. Perseverance, sacrifice, and just plain grit gave the Allies the edge—and thankfully so.

To commemorate the 75th anniversary of D-Day, below are posts relevant to the entire war, fitting to give texture and context to the event that lit the fuse to the War's end. Therefore submitted for your approval... 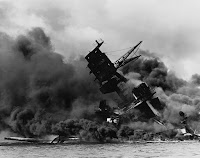 An Infamous Brand – Pearl Harbor was a watershed moment for the United States of America. Reminiscent of Hannibal's defeat of Rome at Cannae, Japan made the same errors and let loose a sleeping giant. Also watch this short clip: Living in Infamy. 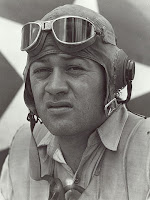 Eye of the Tiger – One of the wildest Team Brands from World War II, and highly effective to Tojo's chagrin, are the Flying Tigers. These were hard living, fast flying, ruthless-in-the-skies pilots and ground crews that made Japan think twice. Sit back for the whole nine yards and learn more.

Red Tails – To squadrons of bomber crews gritting it out in the skies over Europe, the Red Tails were angels on their shoulders. This is "Pure-D" American, and it showed that absolutely no color mattered except one—Red. Push the throttle balls to the wall and learn more. 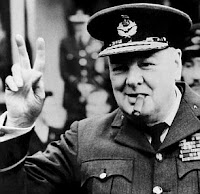 The Original Inglorious Bastard – The Churchill name is synonymous with British resolve and toughness. While Prime Minister of Great Britain during World War II,  he was singularly defiant of Hitler and repeated NAZI assaults on the Brits. Dig in your heals alongside this wartime icon to learn more.

Franklin Delano Roosevelt – FDR held up as one of the greatest of the U.S. presidents. Elected to office four times, Roosevelt presided during the Great Depression and World War II, all while battling a crippling disease. Take a fireside seat to learn more.

The Blue Ghost – That nickname was given to the aircraft carrier Lexington (CV-16) during World War II. She earned it from her enemy, the Imperial Japanese, and it was popularized by the propagandist, Tokyo Rose. Dive in to learn why.
Posted by Falloure at 5:05:00 PM No comments: