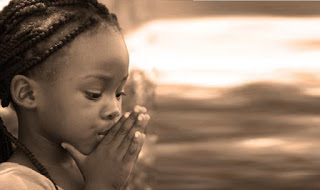 Faith is a belief, a trust, and a confidence in something not necessarily empirically provable. In this particular case faith is about God, however one may see their creator, assuming one believes in a creative intelligence that is behind the existence of the universe. Some will cringe at this statement, but faith is the ultimate in brand loyalty. Most faithful worship “in the faith of their fathers.” Some break away to join other religions or communities because of disillusionment with their inherited religion, or because of stronger attributes of another. Regardless of the faith, however, devotion to such can a powerful force. It has been known to give profound inspiration and courage to do great deeds. From the Judeo-Christian perspective, Abraham had whole and complete faith in his Lord—shaken sometimes, yes. But his faith helped him overcome fear and doubt. The biblical heroes, Noah, Moses and David owe their successes and deeds to their faith in God. Later, Constantine, Joan of Arch, and Charlemagne would depend on their faith to help them overcome great struggles—militarily, politically and personally. More recent deeds of astounding compassion are recorded about those who work for the unfortunate—Florence Nightingale, Mother Teresa and other missionaries across the globe.

Spiritual inspiration and extraordinary deeds akin to King David are not exclusive to the Judeo-Christian tradition. Alexander believed he was the son of Zeus. Genghis Khan believed his very name was of divine authority—translated it means God’s punisher. There are the hero epics in the Hindu faith, and also the great epics of King Gesar in Buddhism. And, of course, Islam would lead off with Muhammad.

Acts of compassion, defending the faith from hordes of non-believers, building a great community for God—all of these things in our history, good and bad, come from faith. Humans, it seems, take great strength from the powers of Heaven. So for this installment, we assemble a number of posts that would not exist, were it not for a powerful inspiration from above.

A goliath brand - David is an epic figure in the Judeo-Christian tradition. He is the ultimate representation of the victorious little guy, underdog, runt of the litter. And he was a huge headache to the Philistines. So influential was Davis, that Jews, Christians, and Muslims have a claim on him.

Brand everlasting - At the core of the Christian brand is Christ himself, Jesus of Nazareth and Son of God. Christians profess their faith that Jesus was born of a virgin, died for the forgiveness of human sin, rose from the dead, and ascended into Heaven to later return for judgment day. Those are strong attributes—meaningful to the faithful then and now. And while being born of a virgin is not unique in the history of religious faiths, unlike many other children of the gods, however, this Son of God brought quite a different message—reinforced with an unusual sacrifice.

Forged by fire - No where in history is the power of faith more demonstrable than in Joan of Arc. She was hip deep in a man's world—and and her faith and inspiration from God added to her inherent intelligence and strength of character, allowing her to be a child woman that commanded armies to victory. Joan of Arc is a heroine that burns in the psyche of western civilization as a divine brand brand if there ever was one.

The lady with the lamp - Florence Nightingale lit the way for the entire modern discipline of nursing by creating the world's first secular nursing school in 1860. In doing so, Nightingale embedded herself in western culture as the conjured image of a gentle, concerned and dedicated caregiver. And it was Nightingale's deep belief in God that led her to nursing. And what nurse she was.
Posted by Falloure at 7:05:00 AM No comments: