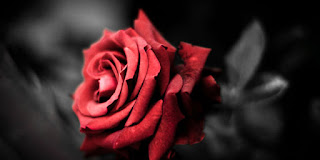 February is the month of love, and BIH has no shortage of valentines. Below are women who make up some of the most fascinating characters from the human timeline, turning accepted convention of their day flat on its ear. There are no shades of gray here—you will fall in love with these ladies who kicked the idea of a "man's world" squarely in the jewels.

Cleopatra is one of our first loves in history. She was the original temptress and simply one of history's deliciously bad girls. Oh but there was much, much more. Cleopatra consciously, actively, and brilliantly cultivated her brand like no other woman in history. Give her a read and understand why she was able to seduce Rome, well, at least its leader.

Joan of Arc was the young maiden of France—innocent, caring, and full of faith, yet she was perhaps one of the toughest, if the not THE toughest woman in history. She conquered whole armies, starting with France's. She not only convinced experienced warriors and generals to follow her into battle, she also persuaded them to change their ways. Yeah, she actually got guys to change. Click to see just how she did it.

Florence Nightingale was the mother of modern nursing. What you may not know, however, is that she went against the wishes of her family and swam upstream of medical opinions of her day. She broke new ground, using her skills as a writer and statistician, which significantly aided her efforts. And it was her deep belief in God that led her to be nursing. Read more to see just what nurse she was.

The warrior queen Boudicca wreaked havoc on Roman forces in Briton, following outrageous and deplorable acts upon her family and tribe. In short, Roman soldiers did things to her virgin daughters no mother should witness. Consequently, a mom's wrath was unleashed on Rome in a way the empire had never seen. Learn her story and tremble as Romans did.

Amelia Earhart flew into history like that girl that rolls into your life with thunder, and who abandons just as suddenly. Like our other valentines, Earhart didn't hold with convention. However, what sets her apart is that from day one she was a tree climbing, belly-slamming sledder, and rat hunter, completely used to shocking the knickers off her contemporaries. Earhart always intended on plowing new ground for women. Read more about what made this pilot tick.
Posted by Falloure at 6:07:00 PM No comments: