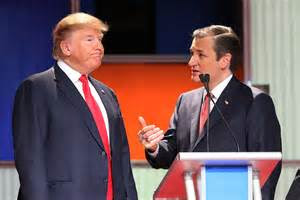 Presidential election years are heated, and 2016 shows no sign of cooling. Perhaps more so than in recent years, this election is a genuinely defining one for the direction of the United States. Some of the issues on the electoral hotsheet would have been wholly inconceivable by the Founding Fathers, such as cyber warfare and the seemingly uncoagulated enemy of ISIS; while others that are covered in the Constitution remain perpetual subjects of American debate, such as the Second Amendment, immigration, tax reform, and so on.

The next president will face challenges that, from his or her solutions, will echo into the 22nd century. While not easing such a burden, the 45th POTUS may find inspiration from predecessors who've, at the very least, faced equally defining moments at their intersections with history.

George Washington - George Washington set the standard. It is by his example that all successive presidents are judged. His leadership style established many forms and rituals since used by our government, including an advisory cabinet, delivering an inaugural address, even serving only two terms. Most important, however, he led the first successful revolution against a colonial empire in world history. He is an icon of liberty and independence.


Abraham Lincoln - A commercial for Geico depicts Abraham Lincoln, the husband, with what is arguably the most treacherous question ever put to any married man. "Does this dress make my backside look big?" Wrapped in a pregnant pause, he struggles against his own compulsion toward honesty, resisting the painful and obvious answer, making this spot a beautifully humorous capture of the man and his brand promise.


Theodore Roosevelt - When you think about the old west, you most likely conger up characters like Jesse James, Billy the Kid, Doc Holiday and the Earp brothers. But shortly after these cowboys rode off into the sunset of history, another cowboy appeared on the scene, his name was Theodore Roosevelt, who along the way became the 26th President of the United States. Elected in 1901, America’s economy and society were rapidly changing and Roosevelt, with his enormous energy and vision, put the U.S. on a path of prosperity that would last throughout the 20th century.


Franklin D. Roosevelt - He (or she) who holds the office of President of the United States, at any moment in history, places their individual stamp on the position. And one such presidential brand is Franklin Delano Roosevelt, otherwise known as FDR. He served as the 32nd elected president. And he is noted for three things—that he won a record four terms as president, took over the presidency during the Great Depression, and led America through most of World War II. He is also the architect of the New Deal, which continues to influence US politics today. He is both revered and reviled.