As the U.S. presidential election heats up with the first national debate, compare your favorite (or least loathed) candidate to these icons from American presidential history. 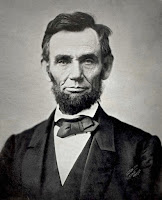 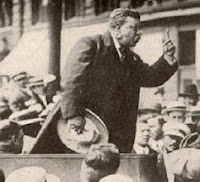 Below is the Preamble, click the first three words to see the full text of the document.


We the People of the United States, in Order to form a more perfect Union, establish Justice, insure domestic Tranquility, provide for the common defence, promote the general Welfare, and secure the Blessings of Liberty to ourselves and our Posterity, do ordain and establish this Constitution for the United States of America.

[From history.com] - The U.S. Constitution established America’s national government and fundamental laws, and guaranteed certain basic rights for its citizens. It was signed on September 17, 1787, by delegates to the Constitutional Convention in Philadelphia, presided over by George Washington. Under America’s first governing document, the Articles of Confederation, the national government was weak and states operated like independent countries. At the 1787 convention, delegates devised a plan for a stronger federal government with three branches–executive, legislative and judicial–along with a system of checks and balances to ensure no single branch would have too much power. The Bill of Rights—10 amendments guaranteeing basic individual protections such as freedom of speech and religion—became part of the Constitution in 1791. To date, there have been a total of 27 constitutional amendments.

A notable tidbit: The US Constitution is the oldest still in effect and, the shorted one.