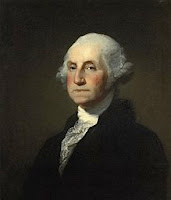 There can be only one—one first, and George Washington is that one, that first for our country. There is no better start to our discovery of him than the following words by Congressman Henry "Light-Horse-Harry" Lee, a contemporary of our first elected president.


"First in war—first in peace—and first in the hearts of his countrymen, he was second to none in the humble and enduring scenes of private life; pious, just, humane, temperate, and sincere; uniform, dignified, and commanding, his example was as edifying to all around him as were the effects of that example lasting. To his equals he was condescending, to his inferiors kind, and to the dear object of his affections exemplarily tender; correct throughout, vice shuddered in his presence, and virtue always felt his fostering hand; the purity of his private character gave effulgence to his public virtues. His last scene comported with the whole tenor of his life—although in extreme pain, not a sigh, not a groan escaped him; and with undisturbed serenity he closed his well-spent life. Such was the man America has lost—such was the man for whom our nation mourns."

By comparison, the following composition is wholly inadequate. Lee's eulogy so beautifully and completely captures the spirit of Washington that, really, it is highly recommended readers conduct their own research, just to further and better know George Washington, but also personally ratify Lee's prose.

George Washington was born in the New World—in Virginia to be specific. So he wasn't a British transplant, though his father was. Now here's an interesting tidbit: Washington's father passed when he was only 11. And the interesting part is that it kept Washington from being sent to England for a formal instruction, resulting in his having achieved only an elementary equivalent education. But that didn't make him stupid. On the contrary, Washington was both intelligent and intuitive, and would go on to demonstrate that throughout his military assignments as a young man.

It was during the Seven Years War, of which the Colonial American part was also known as the French and Indian War, that Washington really began his education and found in uniform a comfortable skin. Throughout the conflict, he had successes and failures, but from each he learned more about strategy, logistics, command style, British methodology, and how geography impacts battle plans. He gained a high reputation from fellow commanders as courageous and, perhaps more importantly, regard from the men in his commands.

But it was almost 20-years later, during that brutal winter at Valley Forge, with heavy losses to disease, cold, and hunger, that Washington fired up his "BA" reputation as a Revolutionary general. His position was simple, taking a page from the ancient Roman playbook, that "the victor is not victorious if the vanquished does not consider himself so." Facing superior forces in every way, Washington pushed his men. His toughness on troops and emphasis on training were never looked down upon by his forces. Indeed, he was respected for them—and credited by historians as the reasons for the survival of Colonial forces at Valley Forge—and on to victory when the Red Coats thought they had the Rebels by the military throat.

And then there was Yorktown—and the British surrender. Washington would soon become the first elected president of the new United States of America. And he understood politics. Washington hated the idea of political parties, believing they undermined republicanism. He also tended to side with the counsel of Alexander Hamilton, who was the root of the Federalist Party and the idea of a fiscally strong and nationalistic government. Agree or not, it helped strengthen the budding U.S. during a vulnerable time. 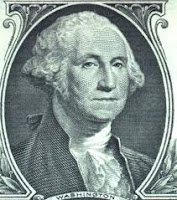 George Washington set the standard. It is by his example that all successive presidents are judged. His leadership style established many forms and rituals since used by our government, including an advisory cabinet, delivering an inaugural address, even serving only two terms. Most important, however, he led the first successful revolution against a colonial empire in world history. He is an icon of liberty and independence.

Therefore, submitted for your approval on this 223 anniversary of Washington's first oath of office for President of the United States...


How Americans referred to Washington as early as 1778 would become his positioning tagline. He set so many precedents for our nation's government, and the office of the presidency in particular, and only after his military leadership to Revolutionary victory. He is...

The Father of His Country 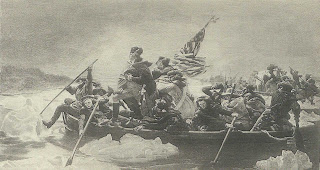 Representations of Washington abound. They did in his time as now. Pick one. There are depictions of Washington as a warrior, a statesman, a gentlemen farmer, and even one sculpture renders him as Zeus. But if there is one image of Washington that absolutely stands out, it is Washington crossing the Potomac. This captures all that Washington was—the man standing tall and courageous in the face of adverse weather, against a superior enemy, providing the statuesque pose of the leader, not just of an army, but of the nation to come. That is Washington.


Washington was keenly aware that everything he did set a precedent, so he was careful to give appropriate but not too much pomp and ceremony of office. He wanted to differentiate his office from European royalty and courts, making sure that the titles and trappings of the presidency were suitably republican. To that end, he preferred the title "Mr. President" to other, more majestic names suggested

When he left office, he stressed the necessity and importance of national union, the value of the Constitution and the rule of law, and the evils of political parties. Interestingly, Washington also recommended morality as a crucial thread of popular government. In his farewell address he said,

"Whatever may be conceded to the influence of refined education on minds of peculiar structure, reason and experience both forbid us to expect that national morality can prevail in exclusion of religious principle." Perhaps, in short, he was saying, "in God we trust."